Any one who has an interest in vintage tools will have seen ” Warranted Cast Steel” stamped on the blades of chisels and planes.  The name Cast Steel often causes confusion as some may mix it up with Cast Iron, which is a completely different material. 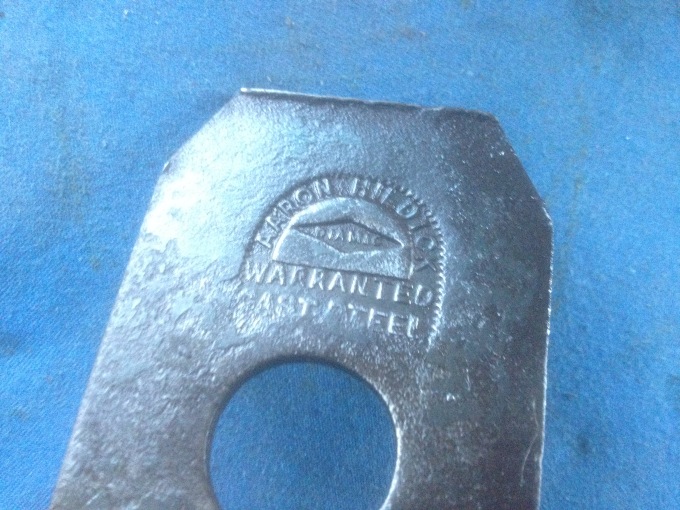 From the beginning of the Iron age , ancient smiths and smelters understood that there was a certain type of iron that had special qualities. If a very small amount of carbon from the charcoal smelting fire mixed with the molten iron then steel was produced which was superior in hardness and toughness to ordinary iron.  Furthermore the extent of hardness and toughness could be controlled by carefull heating and cooling of the metal, a process we call annealing, hardening and tempering.

Over the centuries metalworkers became very skilled in working and shaping steel but the methods of producing carbon steel remained haphazard and unreliable at best.  Until the 17th century when a Yorkshire man called Benjamin Huntsman developed a process called  Crucible or Cast Steel.  His invention paved the way for all modern steel casting and alloying processes, without which the developments of the last century would have been inconceivable.

Huntsman’s crucible process is a deceptively simple idea. Pieces of common cementation steel are placed in a clay crucible or “pot”, melted down in a sufficiently hot air furnace, and the molten metal finally poured into a cast-iron ingot mould. However, the technological barriers to its development were considerable. Never before had a practically sized furnace reached such temperatures, nor were the clay crucibles of the day strong enough to withstand the intense heat needed to melt steel. These were the challenges to which Huntsman devoted much of his life.

The process had an extremely long lifespan compared to most inventions, remaining in commercial use for over two hundred years. Until the 1860s, all steel castings from the smallest ingots to the largest castings of many tons weight were still made of metal poured from individual crucibles.  For applications dependent on special alloy steels , especially edge tools, its use continued well into the twentieth century. Sheffield almost monopolised the world market for cast steel, and over the two centuries of its production, the bulk of the world’s crucible steel came out of Sheffield.

Right up to the second world war Sheffields reputation for the finest tools  was unchallenged and companies such as Wm marples and Robert Sorby exported their wares all over the world.  However during the war the major consideration was bulk production and many steel producers converted their works to processes which produced steel more cheaply and in greater quantity to supply the war effort.  After the war only a few returned to using cast steel and in 1963 The Hibernia Works of Wm Marples closed down.  The era of cast steel was over.

In the 1980s and 90s demand for better quality tools grew to the point that specialist companies were able to produce and sell premium tools at higher prices. Planes from the likes of Lie Nielsen and Veritas,  chisels from Japan and  the Czech Republic became  available at very high prices from specialist tool outlets.  The interest in vintage tools grew also.  Many woodworkers realized the these older tools were at least as good as the new up market offerings but at a fraction of the price.  They also had an less easily recognized quality, a history and a patina of use and care that no new product can imitate.